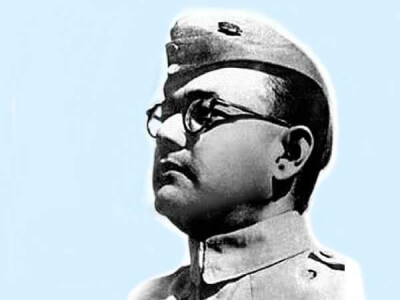 The list of freedom fighters of India is deserted without the name of Subhash Chandra Bose. Even though each one of them was equally important, he possessed a unique personality. Whatever he did for the country can not be paid off. He was such a great patriot in the true sense.

Welcome To Thenextskill.com. This page will help you compose an essay on Subhash Chandra Bose who was also known as Netaji. The given essay below lies between the word lengths of 400-500 but it can be modified to compose one in shorter lengths like 100, 150, 200 Words. Readers are advised to compose one according to their needs.

Netaji Subhash Chandra Bose was one of those who added fuel to the flame of freedom fight against British rule. His courage was commendable. He did never come back once he opt for a decision. Even today, he is famous for his love for country.

As his name suggests, He was a good leader who lead his followers in the right direction. He cast a stern eye upon British activities so as to be one step ahead of them. His famous quote “Give me blood, I will give you freedom” reminds us of him until today.

Subhash Chandra Bose was born on 23rd January 1897 in Cuttack, Orissa. His father Janaki Nath Bose was a renowned lawyer. His mother Prabhavati Devi was a housewife and a religious lady. He was the ninth child among 14 siblings.

Subhas Chandra Bose was a bright student, topping the matriculation examination in the second position and he graduated with a first-class in Philosophy from Calcutta’s Scottish Church College.

He appeared for the Indian Civil Service examination in England in 1920. The duration of the course was of four years whereas he completed it in only seven months and secured the fourth position. However, impacted by the Jallianwalla Bagh massacre, he quit his apprenticeship and returned to India.

Mahatma Gandhi and Jawahar Lal Nehru followed the path of non-violence while Netaji was quite opposite having a rebellious attitude. His behaviour was quite aggressive. Once when the British government offered Dominion Status in 1928, he refused it seeking complete freedom.

In 1930, he hoist the flag seeking complete freedom. He was jailed a total number of twelve times. Apart from this, he was house arrested multiple times but in the year 1941, he fled abroad secretly to seek International alliances.

He met Hitler in Germany and with his help, he started making his own army “Azad HInd Fauj”. He saught help from Germany and Russia to build a strong army. The second world war made the Britishers weak. This was the right time to take the right step.

The Indian National Army attacked the North-eastern parts of India. This attack took place under the leadership of Subhash Chandra Bose. Also, the INA was successful in capturing a few portions. Unfortunately, there was the surrender of INA due to weather and Japanese policies.

You will be shocked to know that the British Indian Army had 25 lakh Indians and only 40 thousand British soldiers. This helped weaken the strength of British rule. Indians working under the British began revolt impacted by Subhash Chandra Bose.

Netaji died on August 18, 1945, due to a plane crash in Formosa (now Taiwan). Many people, however, especially in Bengal, refuse to believe the fact and circumstances of his death.

WHAT CAN WE LEARN FROM HIM

Netaji Subhash Chandra Bose had many qualities we can learn from. First of all, he was a true patriot. He left his Job under Indian civil services just for sake of national interest. This incident left many shocked.

Another thing, he taught us the real power of a one-man army. He alone sought international assistance and created a powerful army outside the country. This shows us the quality of determination.

We know that Netaji was quite rebellious but he never oppose the ideology of Mahatma Gandhi. He just worked his way. He respected all the activists saying that “our paths might be different but objective is same”.

To sum up, no matter how long we describe this personality, it feels cut short. He came to close quarters with Britishers many times and make them feel the power of patriotism. His rebellious attitude was necessary to thrash out Britishers from the country. His efforts and contributions are undervalued even today. In the true sense, he is an unsung hero of freedom fight.