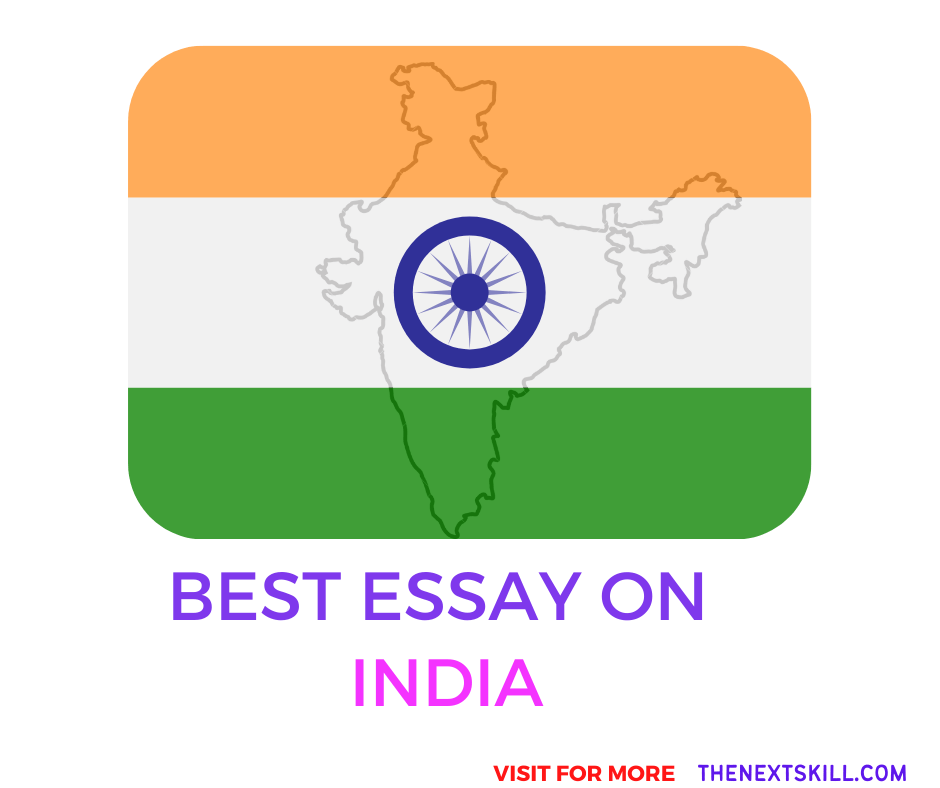 Essay on India My Country- India is not a nation, nor a country. It is a subcontinent of nationalities. India is also known as Bharat, Hindustan, and the Golden Bird. India is the country of my dreams. I love my country and feel proud to say “I am an Indian”.

The country is well known for the slogan “Unity in diversity” around the globe because, in India, many religious creeds and casts live together with brotherhood. India is yet a developing country but I want to see it as a developed one.

10 Lines on India My Country For Kids

INDIA is my country and it is also known as Bharat. India is also called Hindustan because most people are Hindus here. There are four main religions in India. They are Hindu, Muslim, Sikh, and Christian.

All people live together in brotherhood. Many languages are spoken in India. Hindi is the mother language of India. Indians usually believe in “Unity in diversity”. India is the 7th largest country in the world. It is also the 2nd most populated country in the world. I love my country and feel proud to say “I am an Indian”.

India is famous for Its great culture and traditions. There are 29 states in India and Delhi is the capital of India. The Taj Mahal is an attraction for tourists To visit India. The world’s first university Nalanda University was in India. India shares its border with Nepal, Bangladesh, China, Shri Lanka, Myanmar and Pakistan.

India is a country of different religions, castes and creeds. It is famous for its great culture and traditions. There are various languages in India but the mother tongue is Hindi.

Despite the diversity in the language, and religion casts all the people of India live together in brotherhood. That is the reason behind the famous quotation of India “Unity in diversity”.

India holds the 7th position in the list of largest countries in the world. It is also the second most populated country in the world. India has 29 states and 7 UTs and each of them is different in culture, dressing style, food and language.

It is told that after every hundred kilometres or so, one can witness a difference in food, dresses, language and homes.

The largest state of India is Rajasthan and the smallest state is Goa. India is enclosed by oceans from three sides that are Bay Of Bengal in the east, the Arabian Sea in the west and the Indian Ocean in the south. Also, it is a neighbour country of Nepal, Bangladesh, China, Shri Lanka, Bhutan, Myanmar and Pakistan.

Tourists from different countries visit India to know about Indian attractions. Every state of India is full of attractions. If we try to make a list of them we run out of the limit of words for this essay. But we definitely can count on some of the main attractions.

The Taj Mahal which is one of the seven wonders of the world is situated in India. Lotus Temple, India Gate, and Qutub Minar in Delhi.

Apart from these, The holy city of Varanasi is in Uttar Pradesh. Jaisalmer in Rajasthan is a popular place for visitors. The golden temple of Punjab is a worldwide famous masterpiece.

To sum it up, Our country is a well-known country in the world. We Indians are recognised for our unity in diversity. The country is full of different cultures, languages, traditions, and attractions. India is still a developing country but soon it will become a developed one.

Main Headings of Essay on INDIA

Every state in India is known for its unique culture, dress, food and crafts. At a distance of every hundred kilometres, one can easily observe the changes. Also, people of different religions, Castes, and creeds live here. But despite this diversity, all the people of India live together with joy and brotherhood.

Some other names of my country are Bharat, Hindustan, and Aryavart.

India is an Asian country. It is enclosed from three of its sides. One is the Bay Of Bengal in the east. The second is the Arabian Sea in the west and the third is the Indian Ocean in the south. There are 29 states and 7 union territories in India. The biggest state is Rajasthan and Goa is the smallest one.

New Delhi which is also known as the heart of India is the capital of India. Delhi and Mumbai are the most crowded cities in India. Moreover, it is a neighbour country of Nepal, Bangladesh, China, Shri Lanka, Bhutan, Myanmar and Pakistan.

Every Indian knows that

In conclusion, India is a big country having different cultures, religions, castes, and creeds but they live together. That is why India is popular for the saying “unity in diversity”. India is also quietly known as the land of spirituality, and philosophy. India is yet a developing country but shortly it will convert into a developed one.

If you like this Essay on India my country. Share it with your friends and loved ones. Also, give your suggestions below in the comments.