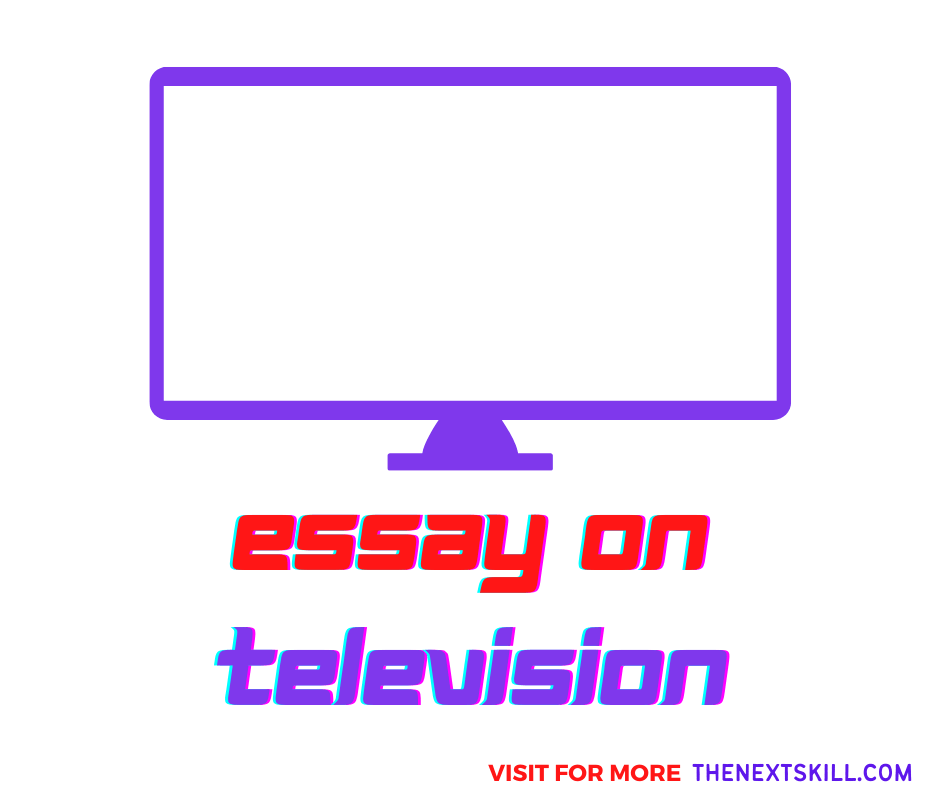 Today, every household has a minimum of one Television set. With the development of technologies, TVs have also been developed into a new avatar. It was very heavy and space-occupying when it was invented. But today we can purchase TVs as slim as a painting and they can be mounted on walls.

John Loggie Baird would never have imagined how much the device he had invented will become popular in the world. He invented the television in 1878. It was called the “idiot box” When first it came into existence because the sole purpose of this device was entertainment.

But today, Television is not limited to entertainment. It is now capable of providing news from around the world, education of all types, we can see live happenings in the world. Today TVs can also serve us as an internet browser. Nowadays TVs are not just TVs but they are smart TVs.

Life is full of different activities. When we get tired after working for long hours we need a source of entertainment. Here TVs play the best role because they don’t require your physical efforts to entertain you. You can watch TV in any position you are comfortable in. This is the first advantage of all.

Second, it does not require the strength of people as most indoor and outdoor games do. you can watch it alone or with your family or with your friends. Third, it is a much cheaper option for entertainment that a labourer can also afford it.

Earlier TVs were considered as a mode of entertainment only but as time passed channels from multiple streams came into existence providing the viewers with news, sports, movies, dramas, comedy, information, knowledge and skills.

It keeps us updated about the happenings in the city, state, country and world. Infotainment channels help us gain knowledge along with entertainment. Wildlife channels help us know more about animals, birds and other organisms.

Our leaders and authorities flash important announcements on TV. This works as a communication channel between the leader and the people of a country.

Moreover, With the evolution of the internet, TVs are also evolved as a mediator of the internet and people. These televisions are called smart TVs. We can do everything that was earlier done on desktops and laptops only. We can connect to people on video calls. Apart from this, we can take online classes on our TVs.

Watching television can also affect a person physically, mentally and emotionally. These effects can be both positive and negative. It can spark motivation in you or violence as well.

Watching TV for long hours affect our health adversely. TV addiction can lead to many diseases like pain in the back and neck, weak eyesight, obesity etc. Second, The content broadcasted on Television promotes eve-teasing, social evils, criminal activities, violence and hatred.

Third, The information given by news channels or other channels can be misleading or a type of rumour. So it is extremely important to verify the information with other sources like newspapers or the internet before believing in them blindfolded.

To sum it up. Television is our best friend at home. It keeps us updated about the world. We can explore aquatic life, forests, rivers, mountains, animals and birdlife with the help of shows on Television. But it is necessary to keep a check on the duration of TV watching as it leads us harmful effects of television.

Who Invented the television?

The inventor of Television in J.L. Baird.

What are the benefits of watching TV?

1. Keeps us updated
2. Help us gain knowledge
3. Entertain us

What are the cons of addiction to watching TV?